Here you’ll find book reviews; comments on my experiences: film making, cooking; and favorite shows. Have a seat and help yourself to some freshly baked baklava and let me pour you a cup of  Arabic coffee.

Anne-Rae Vasquez tackles many creative projects as the producer and creator of Fiction Frenzy TV, freelance journalist, author, film maker and web design programmer. Her latest, the Among Us Trilogy series (Gold Winner in the Readers’ Favorite Book Awards) are available on Amazon. Her other works include: the novel and screenplay for the award winning feature film and web series Almost a Turkish Soap Opera and Teach Yourself Great Web Design in a Week, published by Sams.net (a division of Macmillan Publishing). Almost a Turkish Soap Opera was her feature screenplay and film directorial debut. 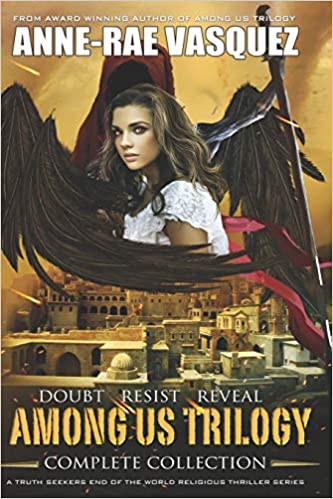 All hell breaks loose (literally) in the Among Us Trilogy.... makes for an intriguing and exciting read. – K.C. Finn, Readers' Favorite

All three novels in the award winning Among Us Trilogy now available includes - Doubt, Resist and Reveal.

Get Your Copy Today>>
x

This Site Is Protected By
Shield Security →